Tax Screw-Ups and People Problems: Experts Reveal Biggest Blunders of Rich Families
There’s no single way to handle massive wealth. There are, however, some common mistakes to learn from.
read more

How the 0.1% Lose Their Money, According to Family Offices
The ultra-wealthy have a peculiar set of wealth management needs different from most investors, but like most investors, they too are fallible and make mistakes, according to financial professionals working with such clients.
read more
Alliance Magazine Partners with Philanthropy Expert Kris Putnam-Walkerly To Provide Practical Advice for Global Philanthropists
Kris Putnam-Walkerly, president of Putnam Consulting Group, Inc., has announced a new partnership with Alliance Magazine, the leading magazine for philanthropy and social investment worldwide, to provide practical advice for global philanthropists.
read more

#GivingTuesday is here. Tax breaks or not, givers gonna give
New tax laws have changed how much of a tax break you might get for giving to charities and causes. Those changes are worrying some non-profits that need your end of the year gifts, especially to help provide human services. But if you really want to give, and get a tax break, you can find a way.
read more

Doing Better at Doing Good: Where Marketing and Philanthropy Intersect
In this podcast, Kris talks about the connections between philanthropy and marketing, including the research that shows consumers prefer brands that participate in cause marketing.
read more

Americans and charities: When hearts and wallets don’t match
In one, conducted by the World Giving Index and published by the Charities Aid Foundation, Americans were found to be among the most charitable people in the world.
read more

Six Best Practices For Small Businesses To Give Charitably
In 2017, about 75% of small businesses donated to charity. Small businesses should not forgo their opportunity to be charitable just because they’re small. In fact, despite the new tax laws put into place this year, donating to a worthy cause can actually help your business.
read more

T. Rowe Price Interview with Kris Putnam-Walkerly
During an interview, Kris shared her thoughts on the current state of philanthropy and how individuals can become more effective donors in this climate.
read more

Small Business Guide to Charitable Giving
If your business wants to give to charity this holiday season, or at all during the year, it's crucial to follow a few guidelines.
read more

How Small Companies Should Give to Charities
Lots of small companies support charitable causes. For many of them, though, the desire to do good raises tricky questions.
read more After Hurricane Harvey: How Cardholders Can Help
If you’re eager to help those who’ve lost their homes or jobs to Harvey, you can give directly via charity websites, but do your homework first to make sure your donations are going to a legitimate charity.
read more

Philanthropy Trends to Watch
When we think about trends in philanthropy during what is likely to be an ongoing period of uncertainty, the temptation is to throw up our hands and say, “Who could possibly know?” There are things that will likely occur as foundations struggle to adapt to new policies, and others that will happen no matter what the political climate. With that in mind, here are 10 trends that may start or grow in philanthropy during the coming year.
View PDF ( KB)

Kris Putnam-Walkerly Named Number 7 of "Top 25 Philanthropy Speakers" List
The criteria include thought leadership, excellence in communication, and significant contributions to the profession. Among her leading-edge approaches in the field is her concept of "Delusional Altruism℠"— misguided giving and lack of impact.
read more Confident Giving named finalist in 2017 International Book Awards
Based on her humorous and insightful blog posts that bring out the triumphs and tragedies of grantmaking, this book supplies philanthropists with a wealth of provocative ideas that will transform their practices. They also will be better able to identify worthy programs to support when they heed the recommendations of Putnam-Walkerly, who advises and speaks to foundation boards, philanthropy associations and funder networks.
read more

New Approaches to Philanthropy
By the end of 2017, Best Buy plans to nearly double the number of its Teen Tech Centers for underserved youth, bringing the total to 20.
read more

Philanthropy Expert Kris Putnam-Walkerly Inducted into Million Dollar Consultant® Hall of Fame
Kris Putnam-Walkerly, global philanthropy advisor and President of Putnam Consulting Group, has been named a 2017 inductee into the Million Dollar Consultant® Hall of Fame, as announced at a ceremony at the Intercontinental Hotel in Dallas conducted by Alan Weiss, Ph.D., the globally-acclaimed "consultant's consultant." Putnam-Walkerly is one of only six consultants recently selected to receive this honor.
read more New Philanthropy Book, Confident Giving, Gives Grantmakers an Honest Look at Ways to Improve Effectiveness
Based on her humorous and insightful blog posts that bring out the triumphs and tragedies of grantmaking, philanthropists will gain provocative ideas that will transform their practices. They also will be better able to identify worthy programs to support when they heed the recommendations of Putnam-Walkerly, who advises and speaks to foundation boards, community associations and professional associations.
read more 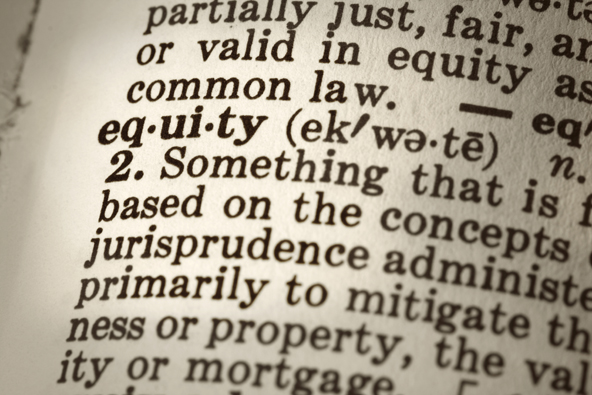 What the Heck Does “Equity” Mean?
The term “equity” is spreading like wildfire in some philanthropic circles. It is showing up more and more in organizations’ mission and values statements. It is making its way into the titles of conferences, plenary and breakout sessions, and meetings at the national, state, and local levels.
read more

Seattle Times: Giving Can Be a Gift to Yourself
Talk to Marjorie Davis, and you'll wonder why you worried so much. You'll wonder why you opened and closed your checkbook, looked at the numbers again, factored in the worst-case scenario and still didn't know whether you could afford to donate a dime this season. "We're mothers and grandmothers," Davis said, when I asked her where her bowling league, the Village Pin-Ups, found the cash to donate to The Seattle Times Fund For The Needy year after year. "So that ended it, right there.
read more

The Washington Post: National Cathedral Cuts Jobs, Programs
Washington National Cathedral plans to slash its budget dramatically and lay off 30 percent of its staff to close a widening budget gap, leaders said yesterday. Just six months after its last round of cuts, the century-old institution plans to shut down a historic building on its grounds, cut back on choir performances, shrink its lecture and class schedule, outsource its retail operation and rely on volunteers to take over other functions, the Rev. Samuel Lloyd III, dean of the Episcopal cathedral, said in an interview yesterday.
read more

BusinessWeek.com: What Entrepreneurs Think About the Obama Administration
"I'm thrilled Obama is President. He stopped the downward spiral of our economy, prevented the collapse of the financial industry, and is tackling health-care reform—which is a huge cost issue for small businesses. Plus he is encouraging social entrepreneurship through the new White House Office of Social Innovation & Civic Participation."
read more

Entrepreneur: Keep Giving Back
As food prices soar, margins are thinning at Seattle-based Gourmondo Catering Co. But co-owner Alissa Leinonen Gallagher says the $2.5 million company won't reduce its charitable donations--around $10,000 in cash and $40,000 in food and labor in 2007--despite the leaner days. "Profit isn't as strong, but we're profitable," says Leinonen Gallagher, 38, of the company she founded with Ron Johnson, 45, in 1996. "We need to continue supporting the causes of our clients."
read more

The Plain Dealer: The Time Isn’t Right: Despite Struggles of Nonprofit Groups in Tough Time, New Nonprofits Are on Rise
DealerBob and Marianne Kasarda, executive producers of Eastern Christian Media, in the video studio used in their nonprofit online broadcast service in Cleveland. CLEVELAND, Ohio -- Do what you love and the money will follow, they say. But out-of-work folks trying to elbow their way into the nonprofit field are learning this is a tough time to be a newcomer.
read more

COSE Update: Law Traps
If you run a business on handshakes rather than fine print, it's time to retool your policy in the New Year. In any economy, written procedures and well-defined contracts are critical to conducting "safe" business.
read more 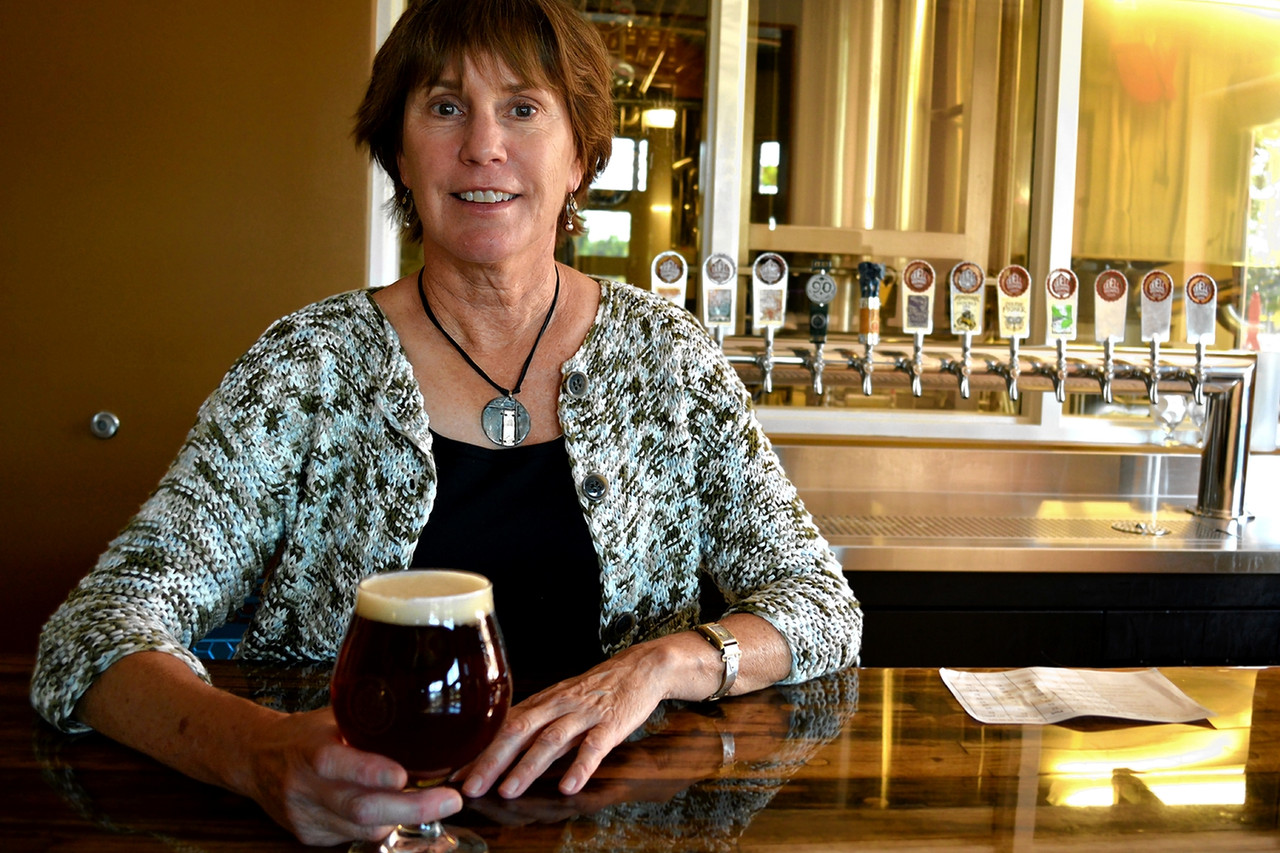 How Small Companies Should Give to Charities
Lots of small companies support charitable causes. For many of them, though, the desire to do good raises tricky questions.
read more

6 Ways to Engage Your Stakeholders

Use Evaluation Results to Make Confident Investments
Get tips and tools for grantmakers.
Sign up for our free newsletter
GET YOUR FREE COPY OF CONFIDENT GIVING: SAGE ADVICE FOR FUNDERS